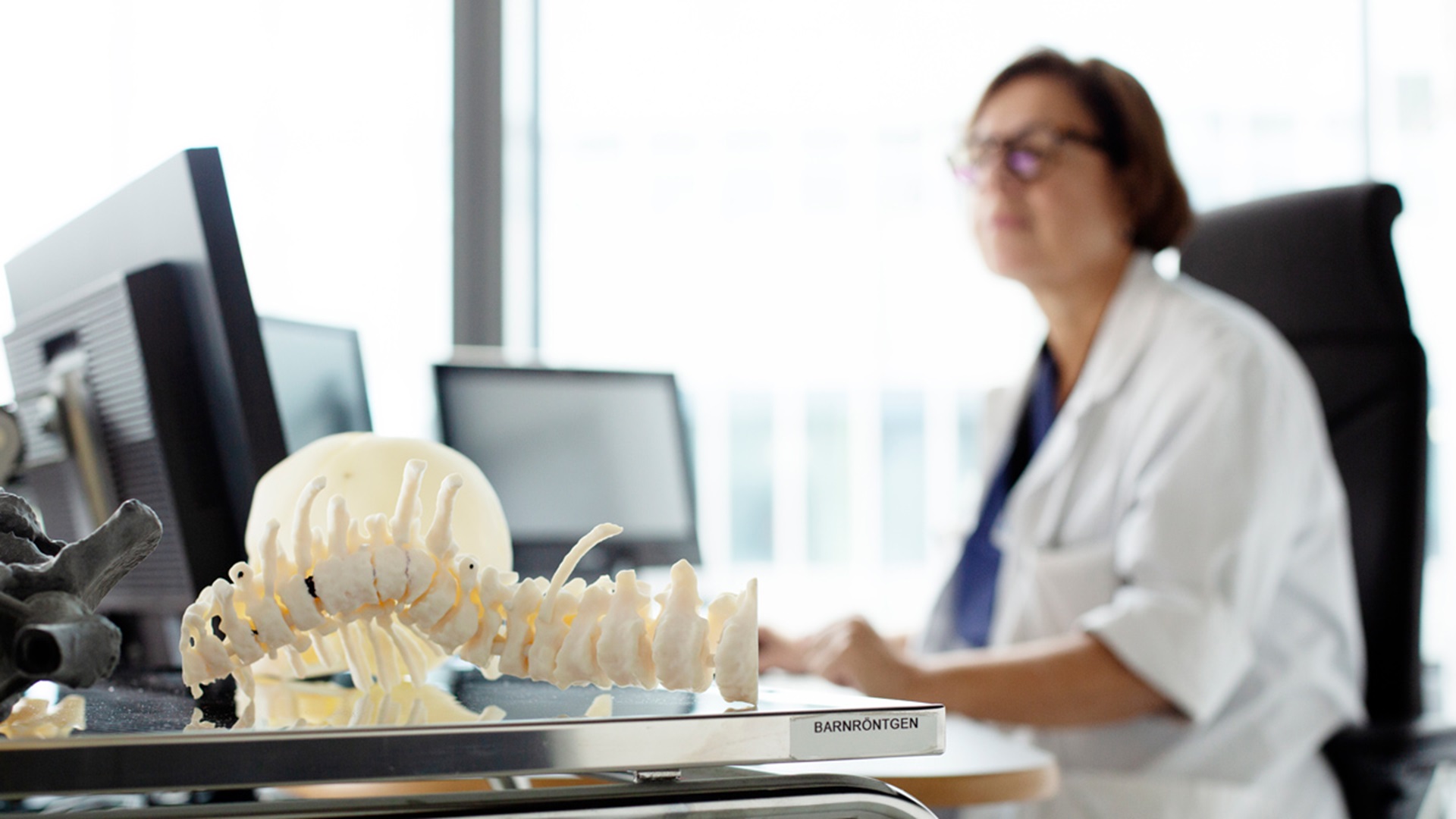 Karolinska University Hospital is one of Europe’s largest university hospitals. It provides care to patients from all over Sweden as well as from abroad. Pediatric radiology is one of its largest specialist departments. More than 84,000 X-ray examinations of children and young people are performed each year. In addition to standard X-ray technology, the department also uses ultrasound, computer tomography, magnetic resonance imaging (MRI) and, for the last few years, 3D printing.

Diseases and deformities are investigated at the pediatric radiology department. The images that are produced help surgeons prepare themselves for operations. “We rarely discover new conditions, as the disease in question is often already known,” says pediatric radiologist Lena Gordon Murkes. But the better the pictures, the better the surgeon can understand the specific situation.

Lena Gordon Murkes explains that 3D printing provides completely new possibilities. She used the technology for the first time in 2017. A deformed hip was printed using Stockholm County Council’s 3D printer in Södertälje. But it was not possible to regularly print out copies of body parts for the pediatric surgeon there, so Lena Gordon Murkes was advised to contact PostNord Strålfors. Since then, she has used the company’s 3D Print service around 20 times. 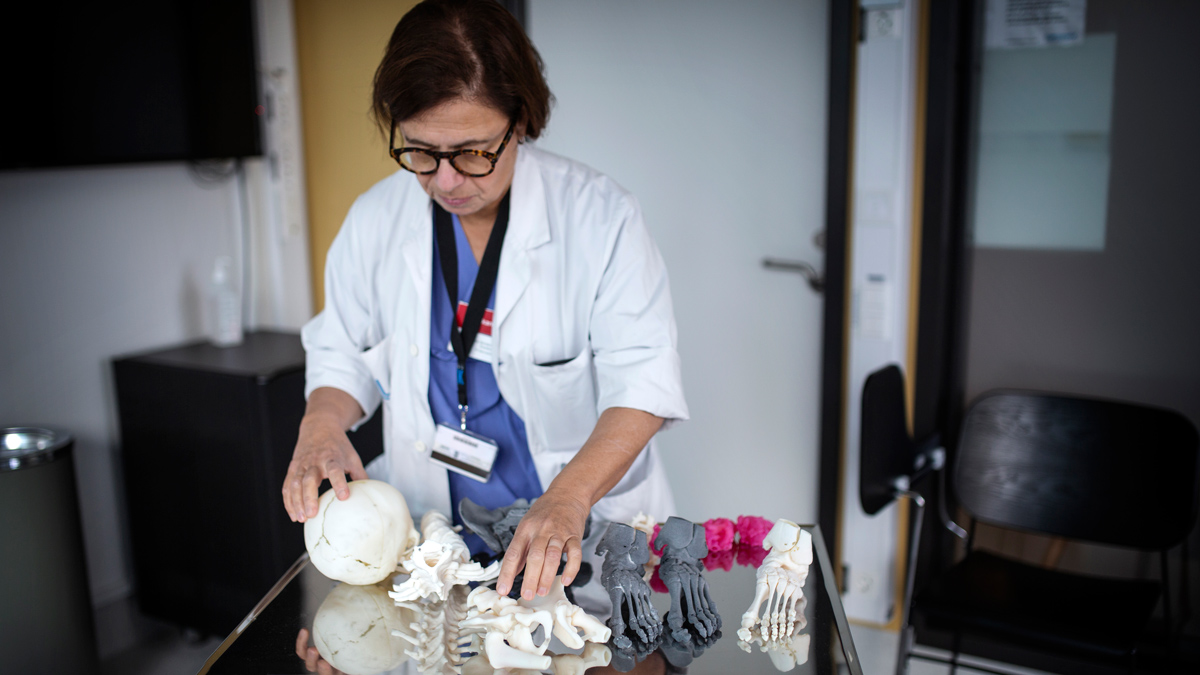 The process begins when an orthopedist or surgeon contacts the pediatric radiology department and asks for assistance. Lena Gordon Murkes works on the basis of a computer tomography scan or an examination made using an MRI scan. She carries out a so-called segmentation on her computer, in which she marks the body parts that are to be printed in 3D. She then uploads a file to the PostNord Strålfors 3D portal.

“It’s very easy; I just choose the desired material and am shown what it will cost immediately. I can basically do the entire order from my cell phone if I want.”

She sometimes asks PostNord Strålfors to check that the order is correct, and always receives help quickly. The first few times, she discussed the material choices with the 3D technicians, but she has now learned more about the different properties of the plastics and what works best in each case.

“Sometimes, we need to be able to sterilize the printed output. Sometimes, it’s good for it to be soft, such as with a heart. And other times, in contrast, it has to be hard, or have different colors.”

Even when there is a rush, and an operation is imminent, the technicians make sure she gets what she needs.

“They are extremely helpful.”

Lena Gordon Murkes believes that 3D printing can provide great benefits in terms of both time and quality, and therefore also with regard to costs.

When computer tomography was introduced in the 1970s, it was possible to see inside the body in three dimensions for the first time. 3D printing is not as revolutionary as that, according to Lena Gordon Murkes.

“But it is certainly amazing that surgeons can now actually hold a copy of an organ before they open up the body. Just imagine a copy of a little heart; it’s invaluable.”

The 3D prints make it possible to perform a test operation before an incision is made in the patient. In the case of severe deformities, the surgeon can test different approaches and see what works best.

“That is incredibly useful.”

Lena Gordon Murkes believes that 3D printing can provide great benefits in terms of both time and quality, and therefore also with regard to costs.

“A better result for the surgeon also has monetary value. But the person who orders such an examination also has to understand the benefits.”

She would like Karolinska University Hospital to establish a well-functioning organization focusing on the use of 3D printing, so that the administration would be more straightforward and the procedures more routine. Because she is convinced that this is the future.

Create whatever you want

3D printing is considerably faster and a lot cheaper than traditional manufacturing methods, such as injection molding. It is thus now suddenly commercially possible to make just a single copy of a product.